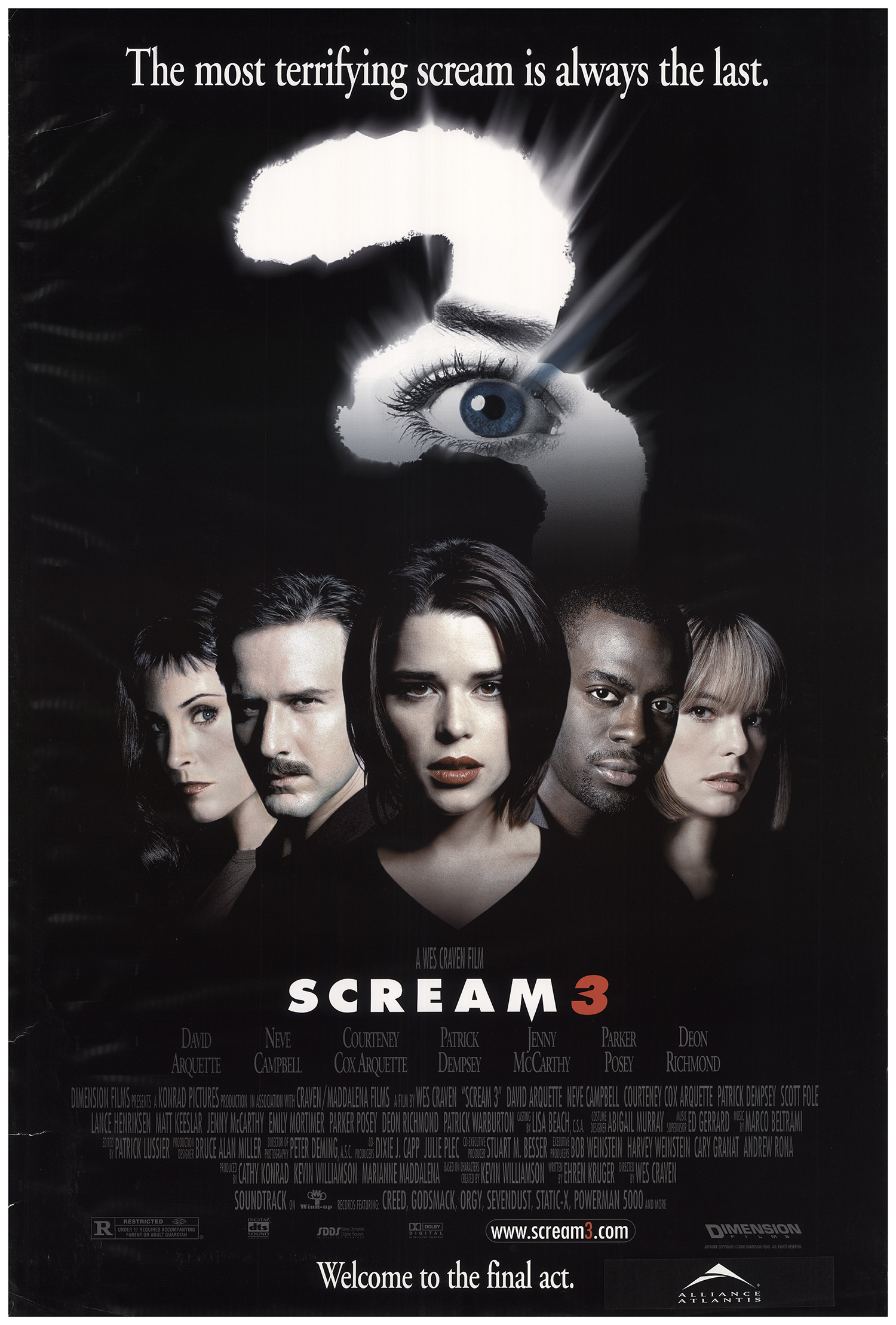 The third installment of the Scream franchise showed that there was more to the life of the series than you may have expected.

The movie Stab 3 is in production until a brutal murder happens to one of the actresses.  A second killing proved that a Ghostface killer has returned.  How is this killing connected to Sydney Prescott (Neve Campbell)?

Gale Weathers (Courtney Cox) and Dewey Riley (David Arquette) appear again as the killer is running around piling up the body count.

Honestly, there is nothing new here. In fact, most of the sequel is filled with stuff that we have seen already.  Still, that did not bother me that much.  The first couple of films in the franchise was as much of a deconstruction of horror films, especially the slasher genre.  This one does not deconstruct the horror movie as much as it does the horror movie productions.

These characters are familiar enough that you want to see them safe.  I do like the idea of how Sydney Prescott is paranoid and isolating herself from the world because of everything that has happened to her.  The events of the first two films had devastating effects on her and I like how they show that in her.

Wes Craven directed this and ended the Scream trilogy reasonably well.  Considering how successful the first film was, thought about as one of the best horror films made, Scream 3 ends out the series well (although there is more to go).  It is fine.