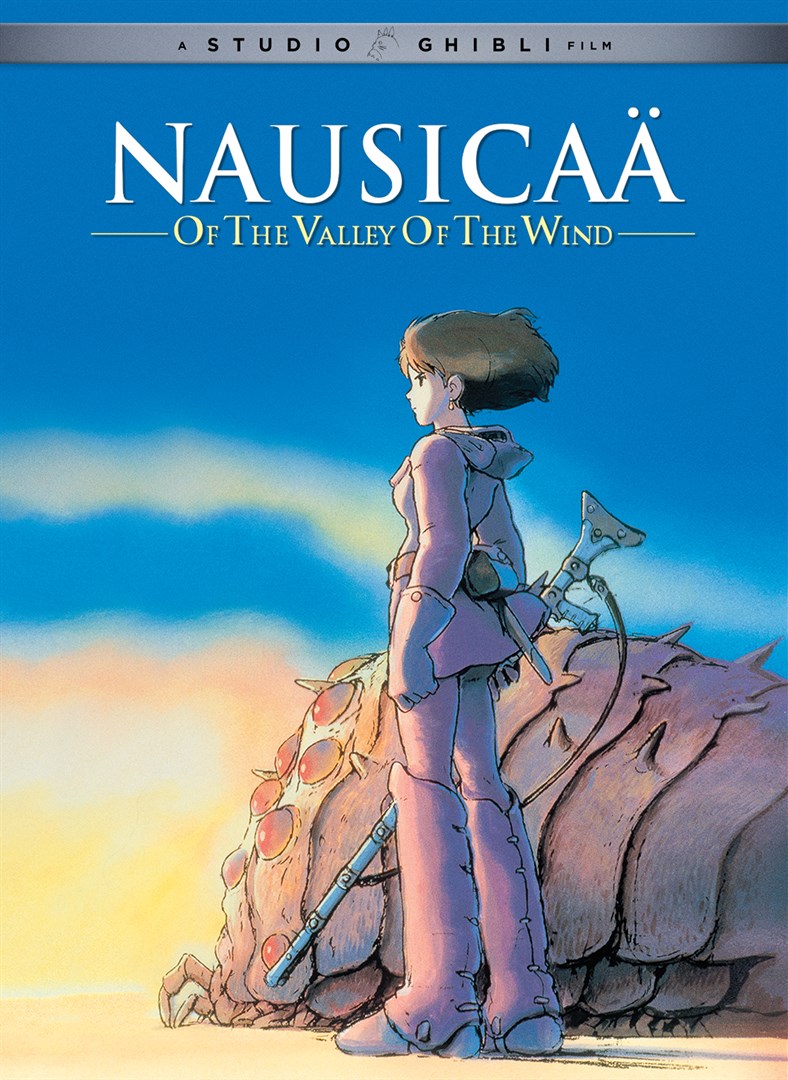 This was simply epic.

Adapted from a manga, written and directed by Hayao Miyazaki, Nausicaä of the Valley of the Wind is an utter masterpiece.  This film came out just prior to the actual creation of Studio Ghibli, but most consider this film to be within its list of animated fares.

Nausicaä of the Valley of the Wind is a science fiction/fantasy film that takes place in an apocalyptic future where the earth had been blazed during the Seven Days of Fire, creating a poisonous forest named the Toxic Jungle, protected by giant insects and creatures called Ohm.

The remaining humans have formed into several communities around the land.  Princess Nausicaä is a beloved girl in the Valley of the Wind, who glides on the air like an eagle, and whose peaceful nature makes her a perfect communicator with animals and other creatures.

I love when a character is heroic and respects the lives of everyone.  One of the greatest thing about Spider-Man to me was how he would go out of his way to save anyone, even the villains who were coming to coming to kill him.  This is the same way I see Nausicaä.  She was putting her life on the line by trying to make everyone safe.  Early in the film, we see her give into the rage and how much of a kick ass hero she was.   Yet, from that point on, she decided that she would not lose control again. No more killing.  Killing enemies is the easy way and Nausicaä has gone to the hard way at every point.  She is a true heroic figure.

The version I watched was dubbed into English and featured voice work from Patrick Stewart, who plays Lord Yupa, another one of the most original and epic fantasy characters I have ever seen (and one of the most epic mustaches in animation history).  There is Shia LeBeouf, Frank Welker, Uma Thurman, Chris Sarandon, Edward James Olmos, Alison Lohman and Mark Hamill.

The animation of the film is beautiful.  There are times when I was just staring at the screen with my mouth open at the beauty of the images.  There may have been some choppy animation a few times, but the choppiness was easy to ignore when it was such a gorgeous artistic masterpiece.

Miyazaki does an unbelievably wonderful job creating the universe this story takes place within.  He reportedly wrote the manga it was based on too, but I had not read that, and I was able to follow the story without knowing it.

I was pulled into this story early.  Nausicaä is an amazing hero that was so easy to cheer for and her inspirational ideas make her a role model.  Nausicaä of the Valley of the Wind is suddenly one of my favorite animated movies of all time.

If you have not seen this before… find it.  It is worth the effort.